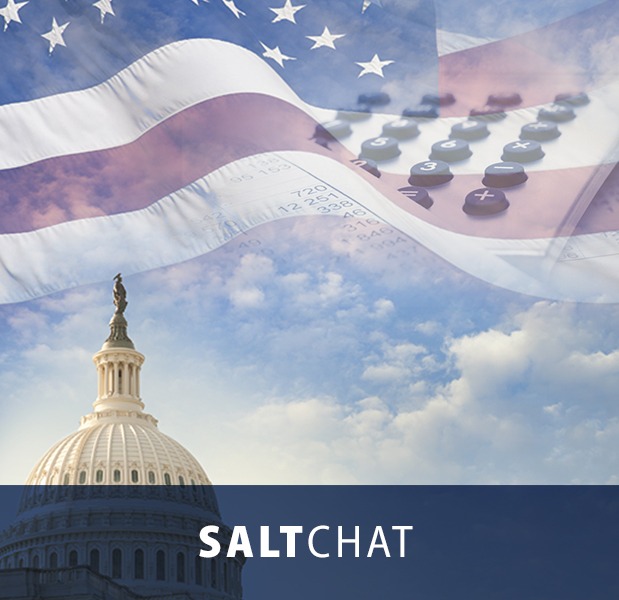 It’s confusing. I used to get almost daily calls from clients, friends, potential clients and even Mom (although I still don’t believe she has ever made a purchase on the internet) insisting that the federal government banned internet taxes. The calls have decreased dramatically, after having explained for years that what the “government” prohibited was the imposition of any new taxes on internet access. Access meaning the actual service provided by the old beeping phone modems or the flashing lights of your fiber optic access point. It’s all about the connection(s).

So when President Trump tweeted on July 28th that “. . . Amazon not paying internet taxes (which they should) . . .” I was very concerned. Was the President, confused like Mom and mistaking the Internet Tax Freedom Act, which banned any new taxes on internet access, with the obligation internet merchants may or may not have to collect sales tax from their customers?

Last I checked, only ten states or less impose a tax on access, so unless Amazon isn’t paying these, I’m not sure what the tweet is addressing. Amazon is actually one of the so called “good guys” right now and collects sales tax for sales to customers in every jurisdiction that has a tax.  Whether they did this to be good guys or whether it just makes good business sense, you can be the judge.

I’ve written several times about the Main Street Tax Fairness Act and its like (See the February 6, 2017 edition of SALT TALK for a good overview). I’ve even suggested in that Blog, Twitter would be an excellent tool to spread the word (I’m so humbled—is POTUS reading SALT TALK?  The Marketing Department is going to love it!  I’ve seen absolutely no evidence to show he is reading our other blogs T&E Talk or Tax Talk; although you certainly should.)

For our Independence Day Celebration can we all agree on a few key points?  Let’s get a common sense sales tax collection solution passed; Jack Dorsey, Noah Glass, Biz Stone, and Evan Williams were not the Founding Fathers of the United States, but of Twitter; and July 4th isn’t just Independence Day, but the 10th birthday of my trusty American Cocker Spaniel, Java.

If paying tax on internet purchases still confounds you, I can be reached at WBerkowitz@BerdonLLP.com or your Berdon advisor.